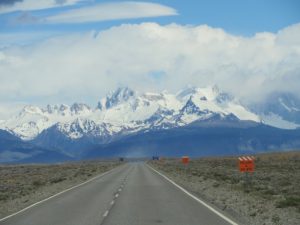 Starting up your agency is an easy topic of conversation. At the beginning, everything is ahead, optimism and energy have no limits. The world is your oyster. You get started and keep going.

When do you think about the ending? How you will leave the business you are building? When was the last time you thought about that? Have you ever? It’s a bit of a conversation stopper isn’t it? 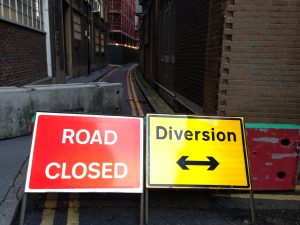 Endings seem to be less easy topics of conversation than beginnings. They can jar and often be ‘jarred up’ because of this. But they’re important.

It’s a bit like visiting a relative. They welcome you, and then, in the same breath ask “when will you be leaving?” (usually with an apology). There’s a practical purpose to this. For one thing, they’re trying to find out if they’ve got enough food in to feed you.

Unlike the visit to a relative, as the leader of a business, it would be unusual for someone to ask you about when you’re leaving. It’s a private question. It’s yours. You’re left to work it out. For these reasons, you don’t often hear the stories of those that have found their way to answers.

But I had the privilege of speaking with three agency founders, Ian Thompson of Thompson Brand Partners, Keith Forbes of Good and Martin Carr of True North about how they found theirs. And in speaking with them, a number of themes, drivers of their actions, came through strongly. 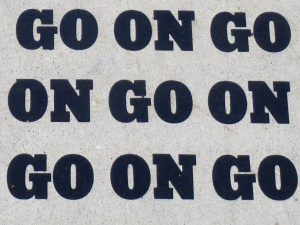 Agency or self-determination: all three took action in order to leave. Keith saw his departure from Day 1. “I chose ‘wanting the business to outlive its founder’ over ‘staying at the coal face and die with it’. I didn’t know how or when this would be. But I knew I would be the one to make it happen”.  Similarly, for Ian, “the move away was made for me, by me. And it had to be made to happen, it wouldn’t just happen by itself”. And for Martin, a sequence of events culminated in a “decision that I had ‘run out of road’ and wanted to leave.” 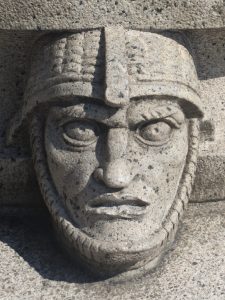 Conflict: all three talk about the conflicts, both inner and outer, when it comes to leaving the business they’d founded. For Keith, “on the one hand you’re hugely proud of the business. And on the other, it’s become independent of you. Which was what I wanted. Holding these two things in my mind involved me getting over myself, by accepting ‘they’re doing it without you.’”

For Ian, “I had to step back, allow the team to run the business which was hard, especially where we differed on what we valued. I had to let some things ride that I wasn’t comfortable with.” For Martin it was about a conflict between “taking care of myself and holding the business together. When I listened closely to myself, I realised I couldn’t do both. I needed to step back to do the work on myself.” 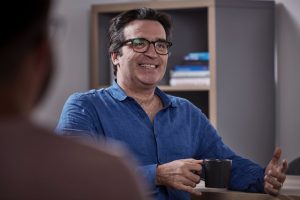 Self-Awareness: all three talk about a change in their relationship with the business and in particular a realisation that what they wanted when they started out had shifted. And the thoughts and feelings that arise as a result.

For Martin (pictured) it was about wanting to get back to why he went into business. “It wasn’t to make money. It was for self-realisation. My work-life is a fundamental part of who I am. I came to realise that. If I fall out of love with that, I’m falling out of love with myself.”

Keith says he “could sense the business somehow saying ‘we want to move you out. Things need to blossom without you.’ And what I was doing, wasn’t ‘getting me out of bed.’”

For Ian, it was “a realisation that what I loved was the work, never loved running the business. That said, I was about to sever everything that connected me to that world. My sense of value and identity is attached to that. How do I know how much of me is wrapped up in this?” 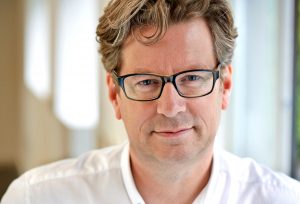 It feels good on the other side: what comes across strongly from all three stories are the challenges in finding their way out. But also, a sense of positivity on making it to through the door. For Ian (pictured), “it’s not the end, it was a beginning, a fresh start. I’m making my way as a film-maker. And I get to spend quality time with my family. Running a business full time is a very difficult thing to tear your focus away from. And now I have that focus.”

For Keith it’s also about family, “spending more time with them. And thinking about other, philanthropic ways to use my time. I’ll never better Good or replicate it. The question for me is ‘how do I want to spend my time?’”.

For Martin, there is a feeling of “having been good to himself. My driving belief was that to do your best work you have to be prepared to hurt yourself. I thought it was a symbol of how much I cared. But it was more like self-flagellation. I’m proud I was brave and honest enough to say, ‘this doesn’t work, this is what I want instead’. And now I’m happy.” 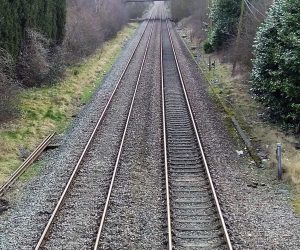 It’s hard to capture the full range of experiences of these founders in a single article. The themes are snapshots of their journey. What might they mean for you? What strikes a chord? Perhaps your exit is far away. Or maybe it’s coming up. Perhaps you’re hoping it’ll work itself out. Or maybe you’re starting to craft a plan. It’s certainly worth thinking about what you want to leave behind you and how you’ll close the door.

Would you like to be supported in order to look to the future? Perhaps I can help. For an informal chat about how coaching could help you get there, get in touch here.