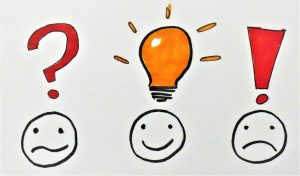 Belonging to an Association is about so much more than a list of benefits. Yet conversations around membership start (and often stop) on the question of ‘What do I get?’ As an Association, how do you engage your members in a way that pulls them towards you, rather than pushing the membership benefits out?

This is the story of how I changed my approach from push to pull and grew our membership community using a strategy that was so successful it was shortlisted for the Best Growth Strategy Award at the 2014/15 Associations Congress Awards.

It’s in four parts. This part describes what lead to my change in approach. Then I’ll share my process, breaking it down into the three Cs of Community, Content/concerns and Conversations.

Why things had to change

It was the middle of 2012 and our core membership, design agencies, were feeling the effects of the recession. They were looking to cut costs. Memberships were coming under scrutiny. My natural response was to share and discuss the list of member benefits. Prospective (and existing) members would then weigh the benefits against the cost and make a decision.

The problem with the above

Membership was being treated by me and members like any other cost. It was comparable with the the cost/benefit of the water cooler, of pot plants in reception, or of fresh coffee versus instant. And it didn’t feel like the right conversation for us to be having, because membership of an association was surely about more than tangible benefits. But how could I turn conversations around so that they were focusing on what really mattered?

It was around this time that I came across some thinking, which stopped me in my tracks and changed the way I approached membership at the DBA. The first was a book called “Start with Why” by Simon Sinek. He explained that rather than focusing on what they are offering, organisations should ask why they exist, why people should be interested in what they have to offer.

So I did. I asked, “Why do we exist?“ “Why do members belong?” and “Why does the Association matter?”

It turned out that the answers to these questions was not simply a list of tangible benefits.

The reasons that members belonged were much more to do with a set of shared values, of behaviour, ethos and community. These values framed what was truly important to members. The benefits of membership were still important of course. They were part of the way to demonstrate our commitment to helping members uphold their values. But they could enter the conversation much later on.

The second piece of thinking was an article in the Harvard Business Review, which proposed that the traditional way to sell a product by pushing it to the audience was a failing model. Instead, organisations should be engaging prospective customers through stories, harnessing influencers within their existing customer base and creating conversations with their community.

A glimpse of the way forward

I started to wonder what would happen if we approached membership in a completely new way; if we started with why and, instead of selling the benefits of membership, told stories about members; if instead of pushing information to prospective members, we created communities around the values that were important to them.

I began to develop a new strategy for membership growth; a strategy that focused on listening rather than promoting, that engaged rather than informed. It was an interesting journey and one that as a result, changed the nature of our relationships with our members, prospective and actual and grew the Association.